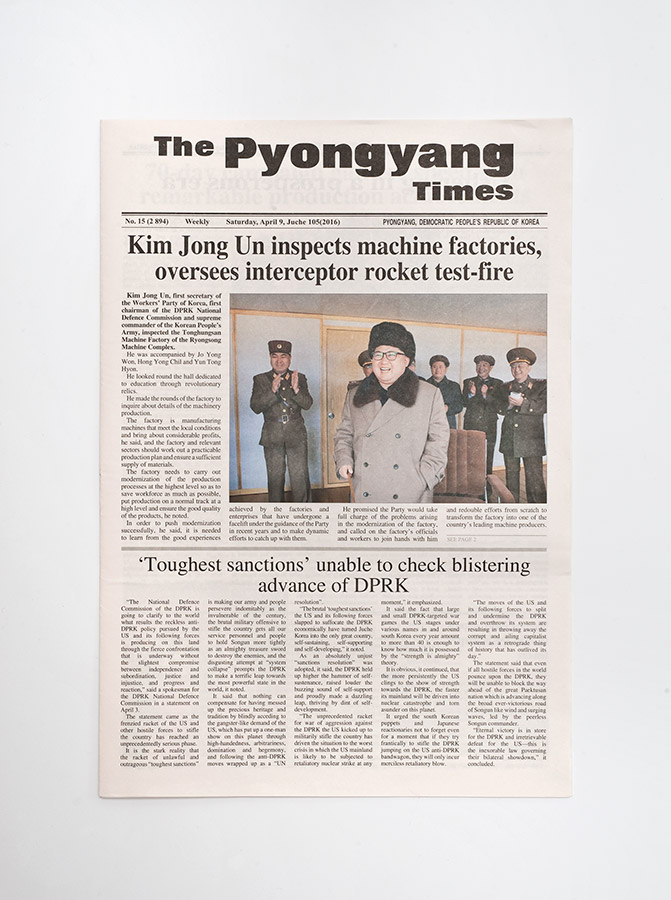 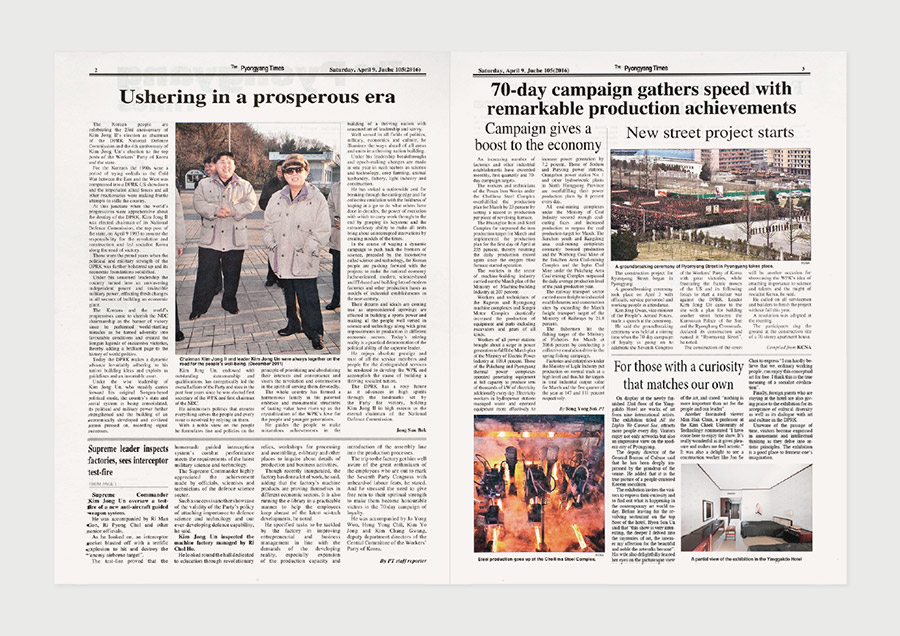 Random Institute
All the Lights We Cannot See


Though Pyongyang is the capital city and heart of North Korea, to the outside world it is the epicenter of the unknown. Surprisingly then, nine international artists were recently invited by Switzerland's Random Institute to exhibit in Pyongyang.
The resulting group exhibition was organized around the theme of silence, a concept that resonated with the isolated nature of the show’s host country. Additionally, the immediate inaccessibility of this exhibition reflects the widespread, present-day condition of “consuming” art remotely, often online and via secondary media.
In keeping with the theme of silence, only one significant trace of documentation (other than select installation views) was allowed to publicly surface: an enigmatic mention on each of the nine artists’ CVs. This unusual addition to the artists’ resumes points to another concerning phenomenon of our time, that being the increasingly CV-driven art world.
Furthering the theme, while also feeding global curiosity about the hermit kingdom, the artists’ only response to requests to elaborate on their exhibition and experience are and will remain simply:

“I’m not supposed to talk about it.”

The exhibition, which was virtually unnoticed by the general public, was held April 9 – 12, 2016 on the 23rd floor of the Yanggakdo International Hotel in Pyongyang, North Korea. It was conceived of by Random Institute and curated by Anna Hugo and Sandino Scheidegger.