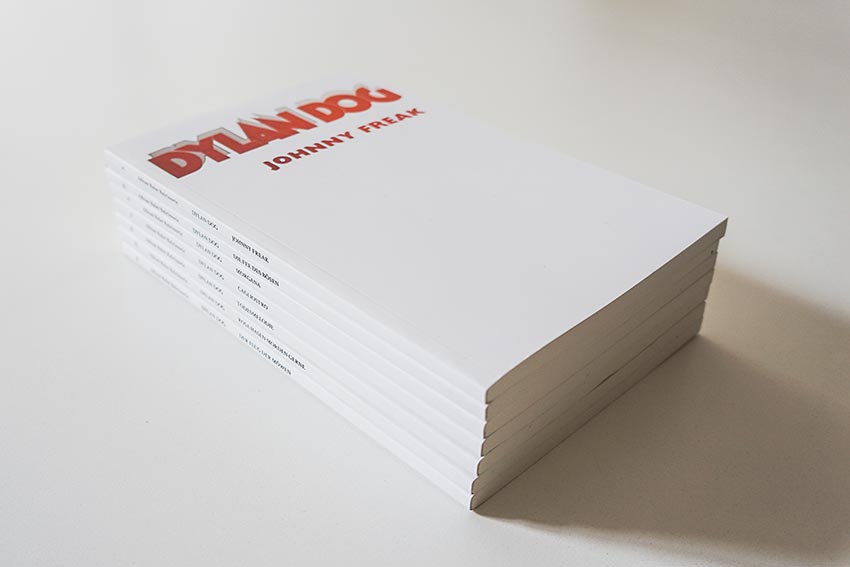 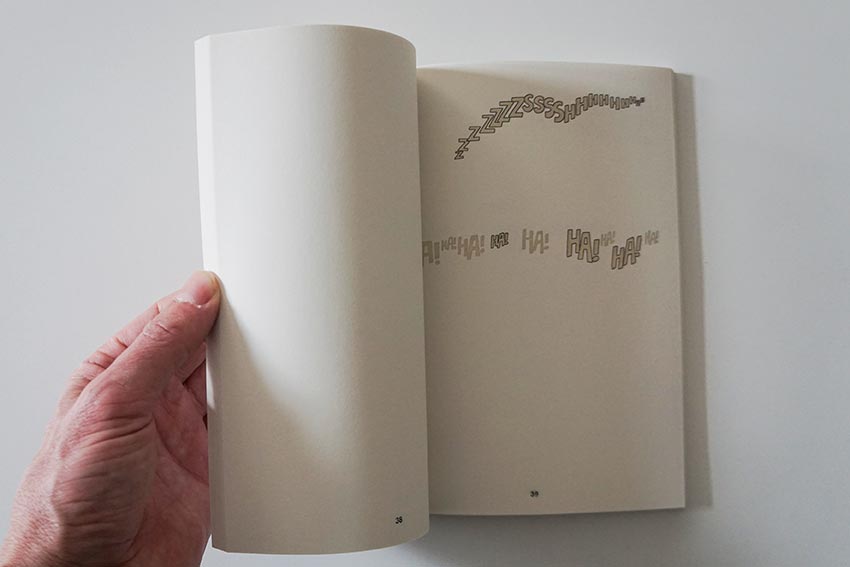 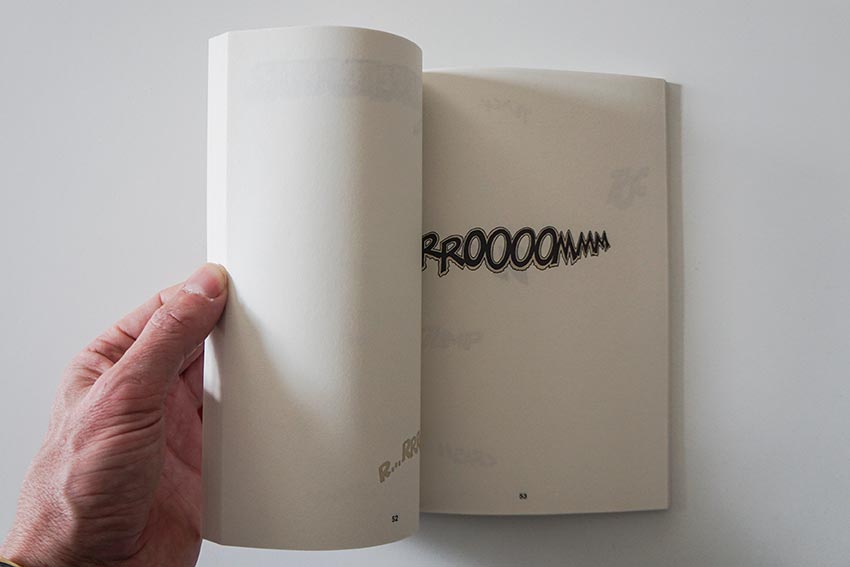 Adnan Balet Balcinovic’s works deal with various types of serial production in relation to art practice. He works with found materials and products in which he looks for concepts, structures and patterns. His artist books series is based on Dylan Dog, an italian comic that was famous in the 80s and 90s. These comics had a high exchange value in the bosnian neighbourhood the artist grew up in:

“I never possessed one, we red and swapped them. My memories of the plots were vague. Later, about 50 of the strips where re-published in Germany and I was lucky to find 8 of these in a viennese comic bookshop. I edited them leaving only the depictions of the sound visible and had them printed on the same paper and with the same adhesive binding as it was used for the original print.”